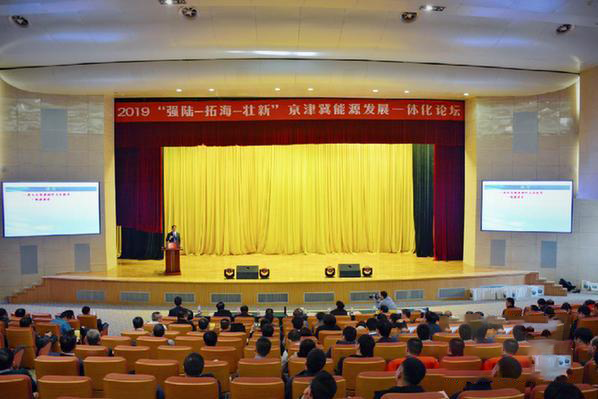 On January 13, the 2009 Jing-Jin-Ji Energy Development Integration Forum was successfully held in Tianjin Binhai New Area, which was hosted by Heli Tech Energy Co.,Ltd. in collaboration with Tianjin Alumni Association of Northeast Petroleum University. Fu Chengyu, former chairman of Sinopec and CNOOC, Jia Chengzao, former vice president of CNPC and academician of Chinese Academy of Sciences, Sun Mingxue, Secretary of the Party Committee of Northeast Petroleum University, President Jiang Minghu and the main leaders of the school attended the forum and delivered speeches.

HELI Energy undertakes this forum adhering to the principle of "vigorously promoting the development of offshore petroleum disciplines, expanding the space for running schools, seeking opportunities, promoting development and creating the future in the strategy of"Jing-Jin-Ji coordinated development", and is committed to providing a platform and bridge for technical exchanges, gathering wisdom and transforming achievements for people in the industry.

Fu Chengyu's speech at the forum showed that "grasping the general situation and controlling the future" is the main theme of the future development of China's oil and gas industry. He pointed out that today's oil price fluctuations are caused by political, economic, technological and other factors. Low oil prices are normal, and the range of oil prices for sustainable development of the oil industry should be between $50 and $60. He pointed out that the era of non-fossil energy is approaching. New energy is a new hope to lead the future world. He also called on more small and medium-sized oil enterprises to enter the international market.

Jia Chengzao made a keynote speech on the future of oil and gas energy and the direction of scientific and Technological Development in China. He said that oil and gas resources have increased dramatically nowadays, resource competition has been transformed into technology competition, and productivity competition has also been transformed into cost competition. He predicts that oil and gas will remain the main source of primary energy consumption in this century. In order to safeguard national energy security, in the future, China will achieve stable oil production of 200 million tons per year, natural gas will rise to 260-300 billion square meters per year, and maintain long-term stability.

Sun Mingxue put forward the idea of "three steps in time, space and strategy" for Northeast Petroleum University in his speech, the goal of building a world-class university for one hundred years, and the development idea of "strengthen the land, expand the sea and strengthen the new energy". He also put forward the future construction plan of Northeast Petroleum University, that is, to establish a first-class onshore petroleum discipline, land and sea simultaneously, and a high-level energy university.

There is an academic forum under the 2019 “strengthen the land, expand the sea and strengthen the new energy” Jing-Jin-Ji Energy Development Integration Forum. Many leading professors of industry, such as Song Kaoping, Qian Xiang, Wang Huaiyuan and Shi Ying, have made speeches. Topics covered the current situation of oil and gas industry, key technologies for oil and gas production increase, igneous rock acceleration in Bohai Bay Basin, space for demonstration and transformation of scientific research achievements of Northeast Petroleum University, docking of capital and oil and gas industry, unconventional oil and gas drilling and completion stimulation technology, integration of production, learning and research of school-enterprise cooperation, and technology sharing of intelligent equipment manufacturing. Mr. Yu Ziqian, Assistant President of Heli Energy, and several delegates attended the meeting discussed questions. There is a strong academic atmosphere on the spot. 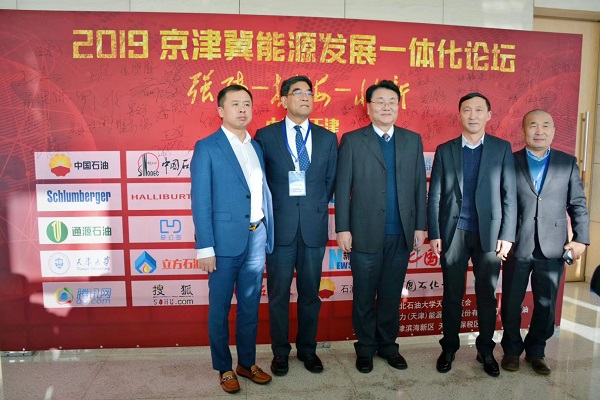 With the national policy, Jing-Jin-Ji integration development has been a strategy advocated by the central government, which also gives special significance to the Forum. As a rising oilfield technology service company, HELI always seeks innovation and breakthrough from the perspective of development, and has the courage to assume social responsibility. In the oil and gas market crisis and the opportunities of the moment, HELI actively play its advantages and influence in the oil field. As the leader and sponsor of this forum, Mr. Hou Lidong shared a grand gathering with many old friends in the industry, which provided a good beginning for the development and reform of cooperation in the whole field of oil and gas energy, and gained great attention and praise in the industry.